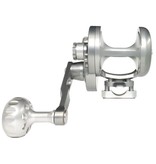 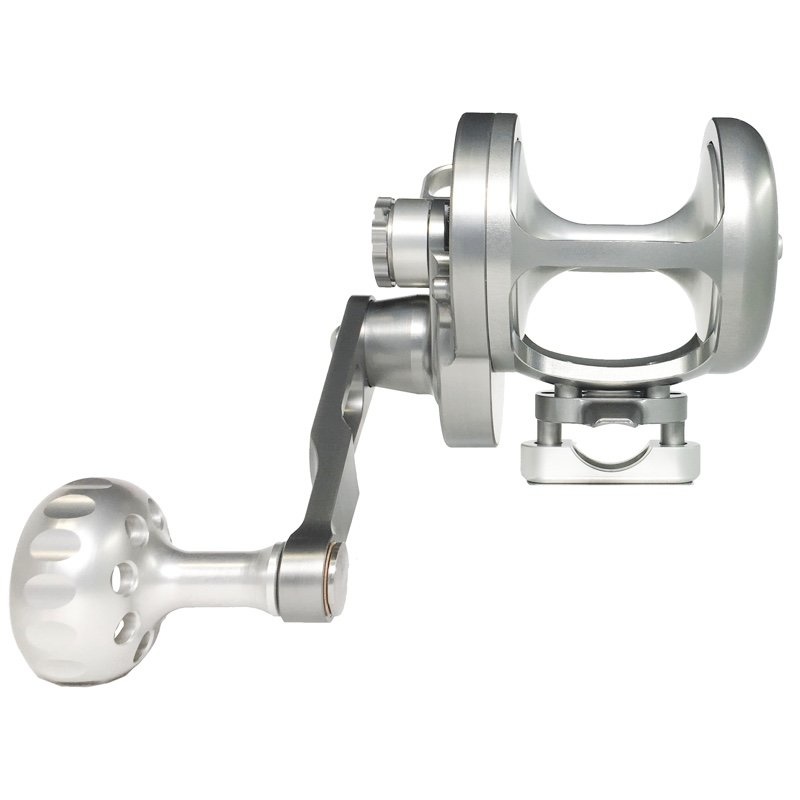 Seigler LG Lever Drag Reels are constructed to deliver amazing cranking power in a lightweight package. These 100% made in America reels are constructed of aluminum and feature six ceramic and stainless steel ball bearings, an amazing carbon drag system that puts out 35 lbs at max, and an aluminum ball handle that brings in line at 52" per crank. The fact that the main gear in the LG is larger than the one in most 130 offshore reels helps too. Originally the Truth LG, the Seigler LG has some important improvements. These new reels feature a strike button, an improved anti-reverse system with an anti-reverse bearing backed up by a pawl, and a reduction in weight of almost 10%! The Seigler LG holds 550 yards of 60 lb braid and is perfect for large game fishing! If you love fishing with American made fishing gear, then get yourself a Seigler LG Lever Drag Reel. They come with a lifetime warranty that can't be beat!

Add your review
0 stars based on 0 reviews
By using our website, you agree to the use of cookies. These cookies help us understand how customers arrive at and use our site and help us make improvements. Hide this message More on cookies »
← Return to the back office    Free Shipping on orders over $ 50 Hide